Join Cindy, Berd, Laura, Norine, Zeny, and me on Zoom for our first ever Stamper's Showcase!  We will be demonstrating projects featuring products from the holiday catalog.  Plus there will be prize drawings, a mystery stamping activity, and a showcase showdown game.  After the event, you will receive PDFs of the projects that include photos, recipes, and tips.

We're really excited to share our projects with you. Here are the products that we will be featuring in our demos:

Click here to register. Then please send your payment of $15 to me (or Berd, Cindy, Laura, Norine, or Zeny if they are your demonstrator).  For me, payment can be made by check or venmo (username: Jodi-Hashimoto, last 4 digits of cell phone 5122).  Everyone is welcome to register.

See you on Zoom at the Stamper's Showcase!

Sneak peek of my projects and the products: 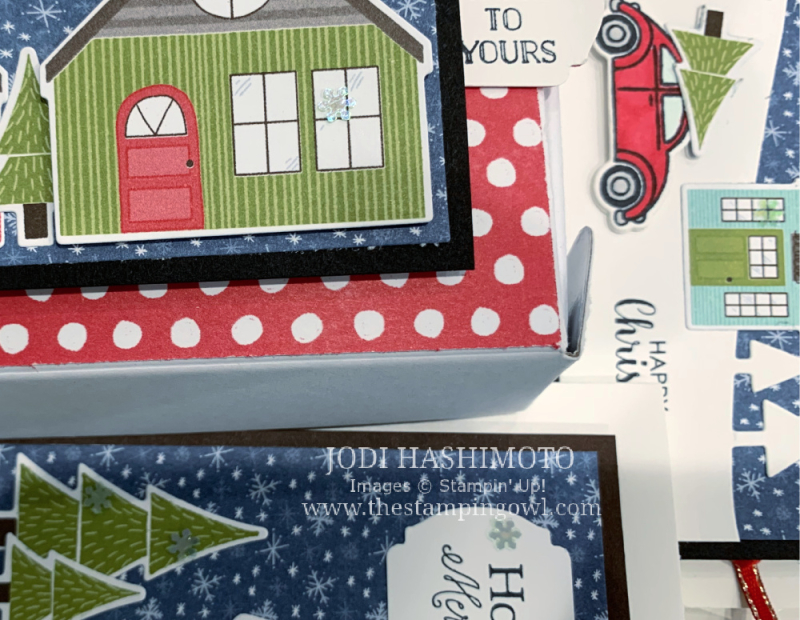 Here are the cards that we made in March’s class.  In keeping with the theme, three of the cards have furry friends.  The fourth card is a last hurrah to Sale-A-Bration that features the elegant and pretty Springtime Foils specialty designer paper.  Recipes are included with each project and the supply details are listed at the end of this post.
Card 1: Dog and Parrot
Who can resist this cute card featuring a dog, parrot and red balloon.  The images are from the Bella & Friends stamp set and the sentiment is from the Perennial Birthday stamp set.  The Ballon Bouquet punch was used to punch the balloon—the smaller sized balloon was used.

Here is the recipe:
Card 2: Friends Fur-ever
These cute critters are from the We Must Celebrate stamp set.  The stamp set actually comes with the squirrel, raccoon, bear and rabbit standing in a row.  I cut the stamp so that the squirrel and raccoon were left together.  Because we use a clear block to mount the stamp, I can always put them back together to stamp them as a foursome.  Then the snail was stamped separately.

Here is the recipe:
Card 3: Hedgehog
This cute little hedgehog is making another appearance.  We last used it on a notepad folder and little notepad.  You may have seen this little guy elsewhere.  He is made using the Painted Harvest stamp set and Foxy Friends stamp set (face and hearts dialog box).  His rosy cheeks were stamped using the eraser top on a pencil in Blushing Bride classic ink.  I’ve never pet a hedgehog, but I imagine this one to be furry.

Here is the recipe:
Card 4: Sending You Hugs
This card features the pretty and elegant Springtime Foils Specialty Designer Series Paper, which is a Sale-A-Bration item.  The pack consists of 4 designs.  You can see from the photo that all designs were used.  I paired the silvers and the coppers together.  Each has a touch of gold so I used gold foil to frame the sentiment.  The sentiments are from the Lovely Inside & Out stamp set.  The ink and cardstock are Fresh Fig.  Somehow this color makes the metallics pop.

Here is the recipe:

Below are the supplies used for all of the projects.  If you'd like to order any of the products, click on the pictured item to jump immediately to my website and shop or from the top menu, click on SHOP NOW.

In the move to my new stamp room in the garage, I found some cream pocket folders.  I decided to put them to use and make notepad folders with a pocket to hold cards or other papers.

You can decorate the front and inside with your favorite designer papers and stamps.  Of course, I made a critter--one of my favorites, a little mouse using the Playful Pals stamp set.  If you don't have this set yet, get it soon because it is retiring on May 31st!  I  I also used these as my prize patrol item at our Stamped With Aloha Spring Stamp Camp this weekend.  Here are more with different designer paper backgrounds.

Here is how to make this notebook folder:

I'm planning to incorporate this project in a holiday class later this year so hope that you can join me then.  Until then, have fun making these!

Here are the supplies I used for this project:

Here are the four cards that we made in April's class.  All supplies used to make the cards are listed at the end of this post.

The first card is my favorite mouse made from the Playful Pals set.  Happily, this set is not retiring and will be carrying over into the new June catalog!  I posted this card on my blog on March 17th "Tea Time Mouse Card".  Please refer to that post for all of the details on this card.

The next card was also made with the Playful Pals set.  It's a party bunny--the images used were the outline stamps for each of the shapes.  She is wearing a cute party hat punched using the tree punch (shortened to 1" in height) then stamped using a pencil eraser with blushing bride.  The bottom edge of the hat is folded up for some additional dimension.   The cupcake she is holding was punched using the little cupcake from the Party punch pack.  One cupcake was punched from Blushing Bride and one cupcake was punched from Early Espresso cardstock.  Then the top of the blushing bride cupcake was cut and glued onto the Early Espresso cupcake.

The third card used the little bear from the Bear Hugs set and was cut out with the coordinating Bear Hugs framelits dies.  So glad that these are not retiring either and being carried over into the new June catalog.  We did a little surgery on the little bear so that his right arm was in the upward position.  We cut the original right arm off.  Then we stamped another left arm and cut it out and attached it on the right side.  Presto, he's perfectly positioned to hold onto the balloons.  The balloons were made using the Balloon Bouquet Punch (also not retiring, yay!).  For the balloon strings, we drew those by hand using the Early Espresso stampin' write marker.  On the front of the card, 2" of the soft sky cardstock was cut from the edge and replaced with a piece of window sheet.  The window sheet was cut at 5 1/2" x 2 1/2" and attached using tear and tape.

The final card was made using the Party Wishes stamp set, which is retiring, so get it while you can.  The message made me smile.  This simple card used 2 coordinating colors--Wisteria Wonder and Blackberry Bliss--plus whisper white.  It's a simple design that would look great in your favorite color combinations.  The little flowers were punched using the flower from the Itty Bitty Accents punch pack (retiring so get it while you can!) and then embellished further using a gold sequin.  The sequin is from the gold sequin trim, just removed from the string.  The Blackberry Bliss background was embossed using the Large Polka Dot embossing folder.  Then the coordinating circles were punched using the 3/4" circle punch.

Hope you enjoyed the April cards.  It's also the time of year when products will be retiring.  Click here to see and shop the retired products--they will only be available until May 31st or while supplies last. 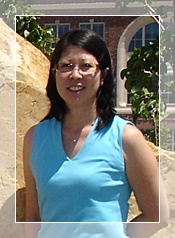 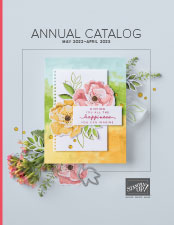 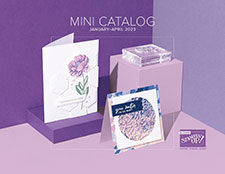 This is my personal blog!